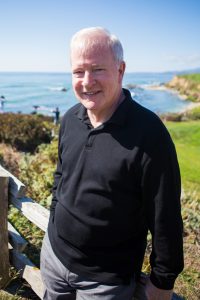 Alexander Cave is a gifted choral musician, active as a choral conductor,
musical director, vocal teacher, arranger and talented singer in his own
right. He studied voice and cello at the Cleveland Institute of Music and
with members of the Cleveland Orchestra while in high school. He was
selected as a cellist in the Ohio All-State Orchestra and directed his high
school choir and orchestra for three years. He sang for Robert Shaw and
George Szell with the Cleveland Symphony Orchestra Chorus, one of only two high school students admitted to that prestigious ensemble.

Mr. Cave earned his Bachelor’s degree in choral conducting at Indiana
University (Bloomington). A lyric baritone, he studied voice with
Metropolitan Opera tenor, Charles Kullmann, and sang counter-tenor under the direction of John White and Fiora Contino in select ensembles while at
Indiana University.

Mr. Cave has sung locally with the Boychoir of Ann Arbor, The Bach Chorale, Vocal Arts Ensemble, and Measure for Measure. Founder and musical director of The Geneva Convention and Third Millennium Chorale, he has performed throughout the United States and Canada. In addition, he served as Director of the University of Michigan Diversity Choir for eleven years.

Currently, Mr. Cave is Director of Music for the Congregational Church of
Birmingham (U.C.C.) where he prepares vocal and instrumental ensembles for services and ecumenical events. He has been musical director of the
Washtenaw Chorale since 2015, and was co-director of the Chorale for
several years prior to that.